Thursday was some day along the western seaboard of Orkney. The sun was turned full on, and Warebeth beach was littered with sunbathers. The Atlantic occasionally gave a lazy heave and sent in a great glittering wave that collapses on the sand in white-and-blue thunderous ruin. All Orkney was soaked in light and warmth. There was just the faintest haze in the west, just above the horizon line.

The name Mainland is a corruption of the Old Norse Meginland. Formerly the island was also known as Hrossey meaning "Horse Island". The island is sometimes referred to as "Pomona", a name that stems from a sixteenth century mis-translation by George Buchanan and which has rarely been used locally, although it is retained in the name of the Pomona Inn at Finstown in the parish of Firth.

The mainland is relatively densely populated and is covered with fertile farmland. The bulk of the Mainland is west of Kirkwall and is low-lying, with coastal cliffs to the north and west and two sizeable bodies of freshwater, the lochs of Stenness and Harray. Trout Fishing is a popular hobby in Orkney.

Inter-island ferry services connect all the inhabited islands (including Hoy) to the Orkney Mainland, and are operated by Orkney Ferries, a company owned by Orkney Islands Council.

Timetables and fares can be found at www.orkneyferries.co.uk

If you have any further queries please either write, telephone or send us a message using our email address or the online form below. 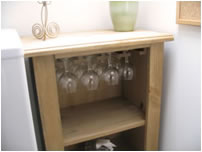