Not everyone likes those street lights of ours; but such a perfect stillness of sea as we had that night have them back to us, out of the mirror, rich wavering nets and labyrinths of light.

Ships of the Hudson's Bay Company were regular visitors, as were whaling fleets. However, trade really took off for Stromness during the late 17th century, when England was at war with France and shipping was forced to avoid the English Channel.

Herring fishing fleet stimulated the growth of Stromness in the 19th century - and sometimes inflated its census returns as temporary labour was counted. Early last century it recorded a larger population than Kirkwall. 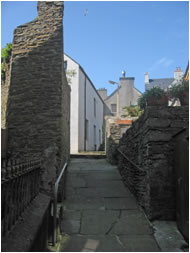 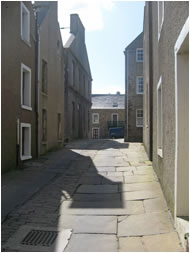 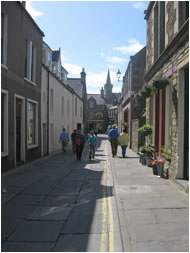